Okay we all remember Episode 1 being the most anticipated movie in almost all of history. Fans were nuts! Action figures literally flew off of the shelves (I think I still have a few) and people were ready for Star Wars fever. We’ve been without a new movie for over a decade and were itching for this.

What we got… did not please a great many people…

Yeah… we all know this one. The introduction of Jar Jar Binks alone was a crime that most of us couldn’t get past. If we weren’t wishing his death, we were bringing up identity politics and accusing Lucas of writing him as a gay black freed slave stereotype… yes that’s actually a thing!

and themes that completely destroyed our perception of Jedi lore:

Yeah fans were pretty pissed off. So with all of that, why do I say that it actually wasn’t a bad movie? How could I possibly think that this movie was anything short of complete crap? Well… a few things…

Like the prequels or hate them, most people would be hard pressed to debate this casting choice. This was the introduction of Ewan McGregor as Obi Wan Kenobi. Oh my God when I saw him and listened to his voice, the first thing I thought was ‘Yes, that is Obi Wan! I could totally see him aging to look like Alec Guiness. Yes!’

He looks the part, he sounds the part, and even his mannerisms are spot on. Say what you will about the rest of the movie, this was an awesome choice. 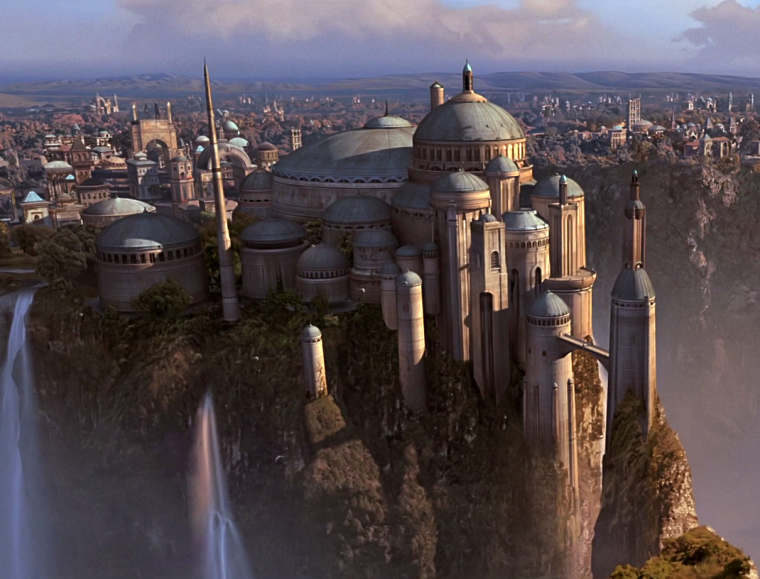 Due to budgetary restrictions, Lucas wasn’t really able to give us much in the way of other-worldly scenery in the original trilogy. Here, we get to see some of the most beautiful, most lush, most wonderfully rendered alien environments ever to hit the screen. From the lush forests and underwater cities of Naboo, to the industrial and densely populated view of Coruscant.

Yes… This is one that some people are divided on, but personally I love Liam Neeson. He’s a long-known and loved actor who has charmed audiences for a long time. When I heard he was cast in this movie, I thought for sure that it was going to be good and honestly, he did bring an expert and rather fatherly air to the group of heroes.

YES BY GOD YES!!! When I heard who was going to play Palpatine, I was like ‘Huh? The Priest from Dragonslager?’

I had no idea that he was actually the man who portrayed Palpatine originally. So when I heard his voice and saw his face, I was admittedly surprised by how close he was. Yes, this was something amazing! Throughout the series we see Ian playing the part of Palpatine and he is clearly loving every minute of it. This is a man who found his niche role and is giving it his all the entire time.

5. The ships… given the higher budget, they were able create some pretty impressive and sleek designs. The Naboo fighter to this day remains one of my favorites:

Yes he only had a few lines of dialogue, yes his character was pretty much a segway for Darth Vader, but this is a character the fans seemed to love so much that they came back for more again and again. He became such a phenomenon that books were written about him, fan movies were made:

… and yes, Lucas brought him back, they gave him robotic legs and an unquenched thirst for revenge.  He quickly became a primary antagonist in the Clone Wars and continues to be a thorn in the side 0f the heroes in Star Wars Rebels. This character of few words… and even fewer minutes of screen time quickly became a favorite among Star Wars fans.

If we look back on the original trilogy, the sword fighting wasn’t exactly stellar…

Yes, Episode 1 introduced newly choreographed sword fighting that we hadn’t previously seen and it had us hooked. These fights were visually dazzling and kept us on the edge of our seats throughout the entire scene.

So yes, Episode 1 has its flaws. It’s not a classic, but consider, if you took the Star Wars title away from it and judged it on its own merits, the movie would hold up pretty well. The CGI isn’t bad and most of it still holds up pretty well.

But Jim, the racist stereotypes!!!

Oh you mean the a for mentions Jar Jar, Watto as a depiction of Jews, and the Numoidians as a representation of Asians? Please… we here the same people saying this over and over again. There’s no proof of intent. So unless you have something more than a perceived thought crime on the part of the writers, the critics who tout identity politics and try to make something out of nothing, are better left ignored.

So there you have it,  The Phantom Menace is a better movie than people give credit to. Do you agree or disagree? Let me know in the comments!