I’ve read a couple of your books and have a question for you… I’ve noticed in your books that you write some pretty tough girls! It seems like you put more effort into the heroines than the heroes. I was wondering if you were a feminist?

Ugh… you know I try to avoid taking sides or being labelled one way or another. In too many situations, more often than not a label becomes a negative thing.

That said, I love my readers and I make it a point to answer as many questions as I can when they come in.

So Kelly… to answer your question… I honestly believe in the IDEALS that feminism was originally based on. Would I count myself among the current flock? No.

If you were to force me to choose something to liken myself to… I’d have to go with humanist. I believe in personal responsibility. I believe in men and women, of all walks of life, races, and sexual orientations working together for the betterment of all. You can write strong women without subscribing to any social justice newsletter, all you have to really do is look at reality.

Isn’t all that what feminism is all about?

I believe it used to be. However these days, not so much. What may have once been a righteous ideology, has become something much different. These days, a lot of these social groups have turned from trying to work to make their own groups equal with everyone else for the betterment of all, to basically grabbing for everything they can get and to hell with everyone else, as long as we come out on top.
2nd and 3rd wave feminists scare the hell out of me. Between people going after Meryl Streep for not identifying as a feminist, to people slamming those on the internet when they say that they don’t want to see a movie… ‘well he may not have said it’s because it stars women, but let’s say that anyway because that’s probably what he’s thinking,’ to calling people’s bosses and demanding they be fired for exercising their Freedom of Speech in public, blocking people online who try to have a meaningful conversation, and worst of all, calling for the mass genocide of the group they see as the oppressors… and then the bigger movements not condemning their behavior at all…

So basically it’s become an all-out war, and not just trampling freedom of expression and freedom of speech, but also become the thought police as well. In other words, you may not have said you’re sexist, racist, etc. but if they can make the case that maybe that’s what you were thinking? You’re in the same boat. That is EXTREMELY dangerous territory to get into. It is also why I try to avoid politics in my posts. I really don’t need the headache.

And honestly, it’s not just feminism, there are several other groups out there that are the same way. Groups talking about race, sexual identity, and other gender-related issues. Here’s the problem, most people incorrectly label them social justice warriors. I don’t agree with that because it’s a play on words which isn’t accurate. I prefer to refer to them as regressive or the ‘anti-personal-responsibility crowd.’ That, to me, is more accurate. The groups do not stand for equality or personal responsibility. They stand for self-promotion and, in many cases, revenge for past wrongs. Let me give you a few examples:

Michael Brown, a martyr of the #BlackLivesMatter social justice group.
– Robbed a convenient store.
-Did not cooperate when ID’d by the police.
-Attacked the office.
What narrative was pushed by the crowd? Fiction about him surrendering and putting his hands up, and that it was the fault of the racist white police that he wound up dead.
No personal responsibility.

3rd Wave feminists, notably Anita Sarkeesian, constantly bash the portrayal of women in various forms of media, including video games, while not really possessing any insight into the medium they are bashing (Anita is by her own admission, not a gamer). However try to mention the portrayal of men… you know, the physically impossible muscle mass? You’ll either be completely disregarded or given some sort of completely un-intellectual justification for their hypocritical view. 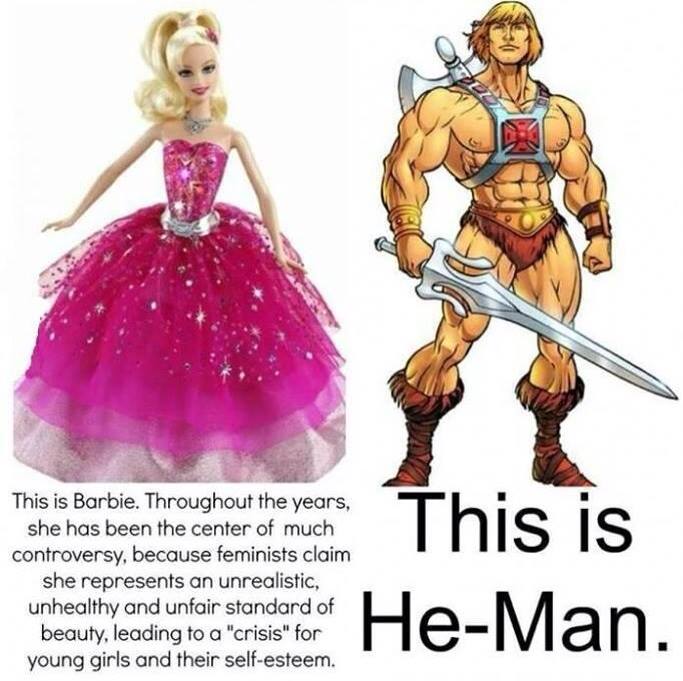 These groups have become the very evil that they claim to fight against. Between segregated black housing… actually being CHAMPIONED by the African American Social Justice Crowd, feminists attacking a successful woman who has been a role model to many for NOT identifying as a feminist, and a million other incidents I could go on all day with, it’s becoming difficult to imagine what equal rights movements of the past would say to… Those who seem themselves as their modern counterparts. They want you to believe that you’re weak and can’t stand on your own two feet, so you NEED them… because otherwise they have no real reason to exist.

Now I’m not saying that racism, sexism, and prejudice don’t exist, they do, and they need to be dealt with accordingly as they come up. However, responding to prejudice and hate with prejudice and hate… or concocting issues where none truly exist in order to bolster your standings under the guise of raising awareness, is NOT the way to go about it and it never has been.

Okay… follow all that? I’m sure I’m going to get some angry emails for it, but oh well. I’m not a feminist, or anything like that. The closest I could be likened to is a humanist. We’re all equal. We all bring special abilities, traits, and personalities to the table. Yes, some of us come from more humble backgrounds and have to work harder to get ahead, but take a look at most of the more ‘privileged’ people. If you take a look at their family history, all too often you can find someone who came from humble beginnings and either had a great idea, or busted their butts to get ahead. At some point, everyone started out in ashes and rose to where they are. Personal Responsibility. Don’t like your current standings? Work hard, take a step back, develop a game plan, change your settings, and start down the path to a better life. Will it be easy? No, but it’s not impossible.

Anyway, rant over. I’m not a feminist or anything else with an ‘ist’ at the end of it. I believe in the equal value of all walks of life. I’ll say no more on the subject.